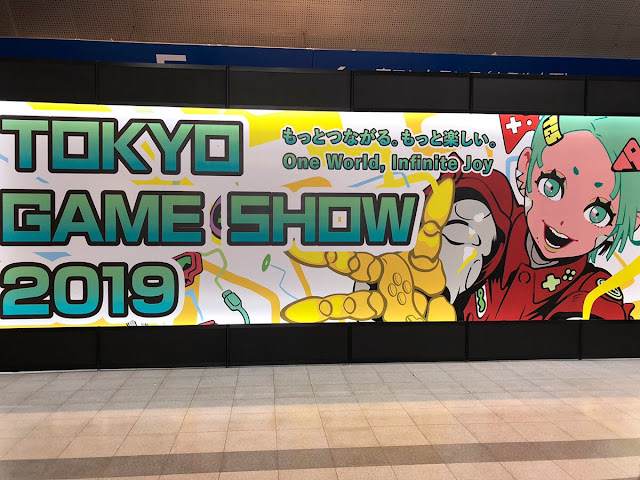 You can find my Day One Round-up here.

That was a surprisingly productive second day of Tokyo Game Show. I got there early, I played plenty of games, I wrote, I met good people, and I stuck around until the end. Day Two usually consists of me wandering around the halls aimlessly, despairing at the length of the lines, wanting to play more games but secretly not really wanting to play more games. This year was a huge improvement.

Did I say that I played a lot of video games today? 'Cause I did.

I also spent some time with Contra: Rogue Corps (see below), Mario and Sonic at the 2020 Olympics (a very pleasant surprise) and two mobile games which I played for very different reasons: Castlevania: Grimoire of Souls (I wanted the freebie whip/skipping rope) and Sonic at the 2020 Olympics (I wasn't paying attention and joined the wrong queue). Lastly, I played a full stage of the Panzer Dragoon remake on the Switch, in handheld mode. It was hidden away at the very back of the hall, but it was well worth seeking out.

I knew this was a bad idea. It was the end of the day and there was only a ten minute wait for Contra: Rogue Corps. The Konami booth was very lively this year, and Contra was the main focus. Muscular men in vests stalked the booth, holding large missiles and flexing their biceps for the punters. The demo came with it's own pair of announcers slash comedians, who wandered from screen to screen commenting on the co-op games that were being broadcast on a huge screen for all to see. Their voices boomed across the hall.

As soon as I approached my demo kiosk, the fuckers were on to me. Before I knew it there was a microphone in my face. I made the mistake of answering their question, which let them know that I could understand some Japanese. Next they wanted to know where I was from, had I played Contra before, did I live in Japan, why did I understand Japanese, what is Stevie Wonder's best album etc. It was very off putting, and all the while my feeble attempts at not being terrible at video games were being shown on a screen the size of my house. I couldn't figure out how to shoot for a solid two minutes, which is a problem in a game like Contra that relies somewhat heavily on shooting.

At the end, having completed the demo, I tried to escape but they grabbed me. "How was the demo?" they asked. "Tanoshikatta" I dutifully replied. "How do you say that in England?". I froze, before mustering a response. "Interesting? No, fun, Fun, FUn, FUUUUUN". I said it four times, each time louder and more impassioned than the last. It was mortifying.

In a final humiliation, the announcer tried to high-five me. I quickly turned it into a handshake and thus won our interaction. 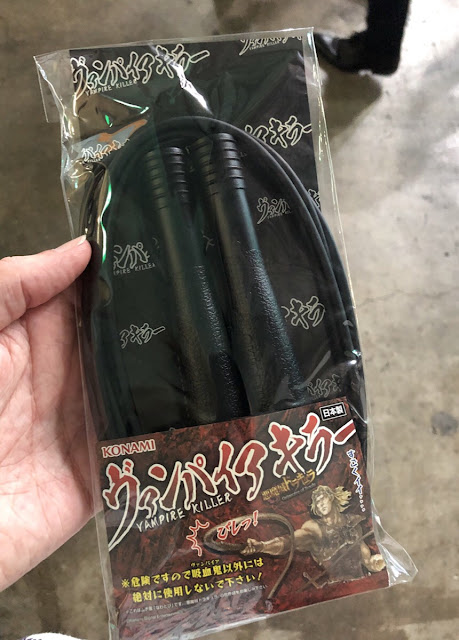 The Whip
The above is a repackaged 100 Yen skipping rope given away to punters who tried Grimoire of Souls, part of the famous whipping series, Castlevania. It's certainly one of the more unusual give-aways I've seen at TGS, and will shortly be going up on Ebay for several hundred pounds.