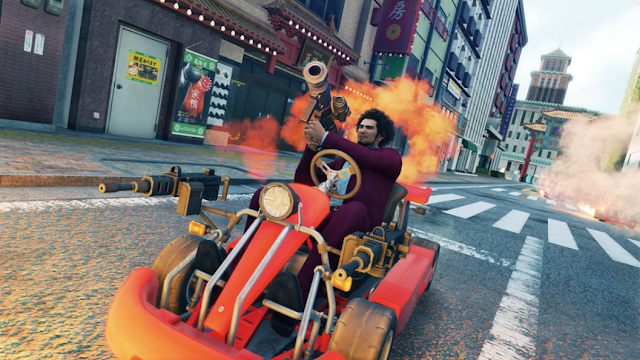 Yakuza 7 is a departure from what came before.

Series lead Kazuma Kiryu is out, to be replaced by another hard-man with a big heart, Ichiban Kasuga, and the main location has switched from the familiar Tokyo setting to Yokohama. However, the biggest change is to be found in the combat. The series has long been known for it's free-wheeling action, but Yakuza 7 will feature turn-based encounters.

While Yakuza has never hidden its RPG elements, it has been known first and foremost as an action series. Well, that is about to change. Yakuza 7 looks to be an RPG through and through and, from what I played, it's looking very promising indeed.

The TGS demo focused on Kasuga and two of his associates, an ex-cop by the name of Adachi and a drifter called Nanba. Following some lively discussion the trio decide to head out for the day and make their way to Hello-Work, an employment agency. As you'd expect, their journey is quickly derailed and that's when the fun begins.

They stumble upon a golden baseball bat half submerged in concrete. It's sticking out of the ground like the sword in the stone, waiting for the king. Nanba and Adachi can't budge it, but you'd best believe our hero can. Blue flames shoot from his body as he yanks the bat from the ground and holds the barbed wire-wrapped weapon aloft, as lightning fires across the screen and he is bathed in a heavenly ray of light. Our hero has his weapon, and the three of them share a laugh about the RPG-ness of it all.

Yakuza has never been afraid to be silly, and the latest instalment isn't any different. The characters are larger than life, they achieve superhuman feats and deal in slap-stick violence. During my demo, I took part in street go-karting, which also encouraged the use of bazookas, as well as a bicycle race where I had to peddle around the city collecting discarded cans before another keen cyclist beat me to it.

Yakuza 7 is at its daftest in battle. It may have embraced RPG combat mechanics but it has not rejected ludicrous violence. The street thugs you encounter transform at the start of battle - a regular prick turns into a fat brawler; an old man turns into a ninja/thief and their eyes turn red and demonic. Something ain't right in Yokohama, clearly.

The turn-based combat is of course slower than the free-form brawling that we are accustomed to, but it's just as exciting. You control each of your 3-person party one at a time, choosing regular actions or special skills which range from attacks, to buffs and healing. Humour, as ever, is a big part of the arse kicking. To heal, our drifter Nanba excitedly throws down a cardboard box on which he lounges; in one of his most powerful attacks he throws bread at his assailants who are then attacked by a flock of ravenous pigeons. 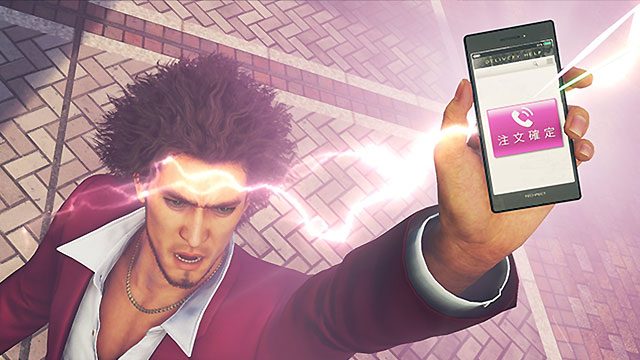 Kasuga has access to more powerful skills, called deliveries. He pulls out his phone and sends a message for help - his summon then arrives within a few seconds. The demo featured three delivery types: a woman who cooks you dinner in the street, violently; a martial artist with spiked balls for hands, and a powerful crayfish, yes a crayfish, who lunges at your terrified enemy and takes a chunk out of their nose. He is joined by other crustacean friends who rain from the sky, just like in real street fighting.

Even though I was well aware of this monumental change in combat, it still threw me for a loop at first. I was mashing the attack button to no avail, an instinctive input formed over a decade of playing this series. However, I got the hang of it within a few battles, and thoroughly enjoyed myself.

This is a huge change for a series that is enjoying relatively new-found success outside of Japan. The Ryu ga Gotoku Studio deserves a lot of credit for doing something a little different, when they could have just stuck to the same old. If the demo is anything to go by, I think they'll nail it on the first attempt.

Yakuza 7 will be released in January 2020 in Japan. It will follow in the West, as Yakuza: Like a Dragon, at a later date.
Tokyo Game Show '19